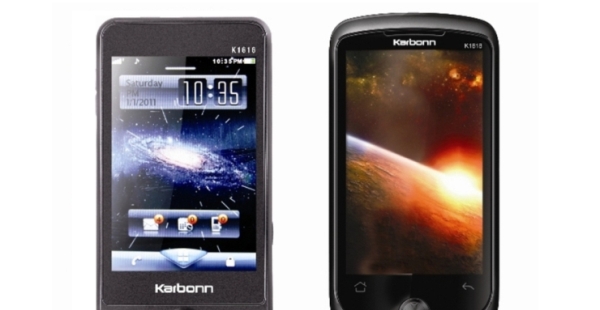 Karbonn is relatively new to the mobile phone scene. The K1616 model from the company appears to be an android on the first impression (with the android style lock and one physical home button), however it is quite a high performance Java phone. The Karbonn K1616 is a dual SIM phone with a screen of 3.5” and a 3.2MP camera. The phone also comes with its own app market to download fun and useful apps. The interface has 3D menu options, which look great. 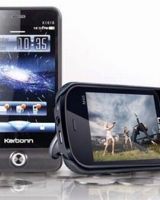 The Karbonn K1616 performs quite well as an actual phone. The lack of a high speed processor means that you cannot run heavy applications, though Java rarely comes up with memory intensive apps. The phone presents zero lag and runs smoothly. Video playback is great and of good quality. Battery backup is great with its 1150 mAh power and is one of its USPs. It has a Stand-by of Up to 312.00hrs and a Talk time of 6 hrs 00 min. The phone is not one for audiophiles, as the sound output is good but not great. Sound lovers will be annoyed by the lack of bass and noise isolation. The touchscreen is quite responsive and the best in this category.

The Karbonn K1616 may come across as a stylish smartphone but it is only a feature handset. The phone supports Quad Band GSM/GPRS/EDGE. However, it lacks connectivity options like Wi Fi and 3G. It also does not support either push email or AGPS.

The phone itself however is great as an actual phone with lots of apps to augment its capabilities. The 3.5” screen has WVGA resolution and is a capacitive touchscreen which is quite responsive.

The battery is a mammoth 1150 mAh Lithium Ion battery that, on a Java OS, gives up to 72hours of usage. Processor and chipset clock speeds are not mentioned but both are powerful enough to run the phone as fluidly as a waterfall.

The front of the phone has a proximity sensor to lock the screen during a call. However, no ambient light sensor or accelerometer is present.

The camera is a 3.2MP fixed focus variant which takes good quality pictures and video recording is VGA at 30fps. There is no flash. The music player and video player support all major formats: MP3, WAV, MIDI, AMR, 3GP, 3G2 and MP4, and playback are quite good.

The loudspeaker sounds just right: not too loud or too soft. The FM radio has great reception. Call quality is great and so is the signal reception; however, you may notice some distortion in signal zone 3.

The Karbonn K1616 is a sturdily built phone. The phone looks minimalistic and clean in design. The K1616 may not be stylish but it is still sober. When the screen is off, it merges with the black color of the body plastic and looks great. There is a single chrome home button below the screen which adds to the overall aesthetics. The front is glossy and attracts fingerprints and since the cover is not Gorilla glass, it may scratch or crack under stress. The back of the phone is all-metal, so it can take an accidental drop without much incident. The camera is surrounded by chrome lining which may wear off with use. The usual volume rocker, lock, shutter and power key are present. The screen takes up most of the front at 3.5”. It is WVGA with a resolution of 320X480 and 262K colors which is more than enough for the Java OS. At 116x61x12 at 135 gms, the phone is sleek but not light.

Priced at Rs 4400, the phone is a great deal for those who want to lay their hands on a simple handset. The phone is feature packed and does a good job. In the Android age, the K1616 really comes as a breath of fresh air. Its nearest rivals are Nokia’s C2 and X2 and Samsung’s Champ, Chat and Star Nxt (which has Wi Fi). The phone is a good one considering it tops its rivals in many arenas. You may definitely try it.