Karbonn A30 sports a 5.9 inch capacitive touch screen display which makes it one of the most impressive displays amongst the phablet segment. It runs on OS Android 4.0 Ice Cream Sandwich and is powered by 1GHz dual core processor that ensures an improved level of performance in its gaming and internet features. 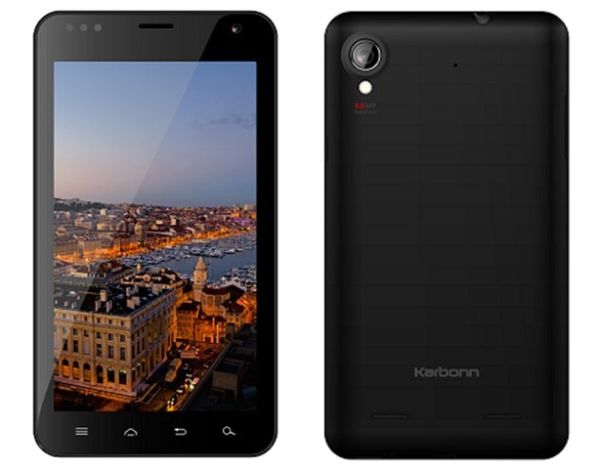 The smartphone promises gaming experience in HD and supports 3G and Wifi connectivity.

Karbonn A30 has an 8MP camera at the back with LED flash for photography purposes and 1.3MP camera at the front for video calling. It is available in Silver and White colors.

Its memory is expandable upto 32GB via micro SD card and is fueled by 2500 mAH battery.

Karbonn A30 is available in all major cities of India such as Delhi, Chennai, Bangalore, Kolkota, Hyderabad, Mumbai, Gurgaon, Noida and Pune.

Price of Karbonn A30 mentioned above are in Indian Rupees / INR.

The latest price of Karbonn A30 was fetched as on Feb 06, 2014 . the only feature that can go against this handset is the extra-large size of the phone which might not suit one and all. But if you are looking for a budget smartphone, it is a good choice.