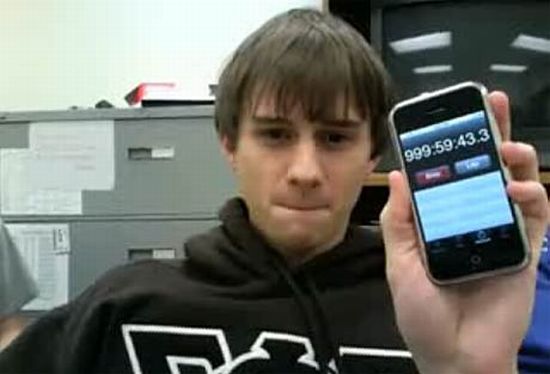 When the folks at Apple introduced their much-hyped and often-criticized iPhone, I’m sure they might have thought they were all prepared to conquer the world. Well, I’m not so sure about the particular plan they had in their minds to attain this goal, but I’m pretty confident that they were dead sure they would do it within 1000 hrs. No, this is not a joke! Why else would they incorporate a stopwatch function that stops exactly as it reaches the 1000 hrs deadline? Maybe the developers at Apple can come out with another explanation for this strange phenomenon, but I’m pretty happy with the explanation presented by the lad in the video. Check the video after the jump.

Motorola will soon come with a mobile...