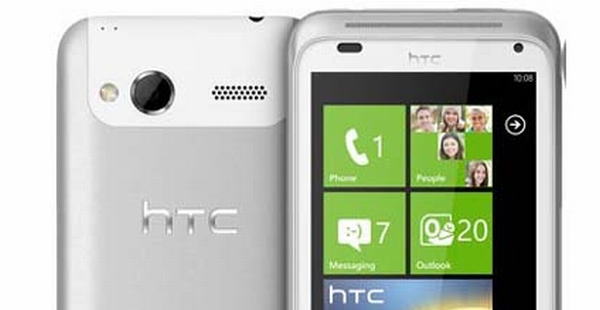 The HTC Titan finally has a younger brother. Welcome the HTC Radar, a scaled down and cheaper alternative of the Titan. The Radar is essentially the humbler avatar of the Titan, and while HTC does need the latter to still sell, it also needs the former to make a lasting impression. In the days of yore, when the WP7 platform was in its infancy, HTC ruled supreme allowing the Taiwanese giant to take over the turf unchallenged, however, Nokia soon emerged as a formidable opponent with its Lumia series. The Titan and the Radar are HTC’s answer to them. 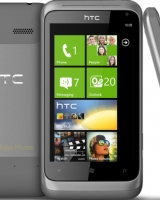 Microsoft lays stringent rules on phones running their operating sytem. The chipset and processor provide smooth performance, which is present on all Windows Phone 7 mobiles. Typing and scrolling is as smooth as the iPhone 4. Multitasking is handled seamlessly by the Snapdragon chipset. Multitasking in WP 7.5 works like a mixture of webOS and iOS. Multitasking does not claim much of the juice, as battery life is another of the Radar’s USps. After heavy use, the battery can last as long as 36 hours. Media playback was astoundingly brilliant. Call quality and signal reception is great as well. The standard Li-Ion 1520 mAh gives a stand-by of Up to 480 h (2G) / Up to 535 h (3G) and talk time of Up to 10 h (2G) / Up to 8 h 5 min (3G)

The HTC Radar is quite a looker but not too flashy. It is sober and a solidly built smartphone. The 1GHz processor runs the WP 7.5 with apparent ease. The phone supports Quad Band GSM/EDGE/GPRS and HSPDA and HSUPA. The 1GHz processor runs on a Snapdragon chipset accompanied by an Adreno 205 GPU which is seriously starting to get outdated to the point of being plain boring. The phone also has a RAM and ROM of 512MB and an internal storage of 8GB. The 5MP camera is autofocus with a LED flash. Video recording is HD at 720p at 30fps. Music playback is astounding all thanks to the Dolby Mobile and SRS sound enhancement. The phone also comes with Facebook integration and a host of other cloud services. The screen is a 3.8” 16M capacitive touchscreen with a WVGA resolution of 480X800 pixels.

At 120.5 x 61.5 x 10.9 mm and 137 g the HTC Radar is not the sleekest, neither is it the lightest of smartphones to encompass a 3.8” screen. However, it does not come across as colossal either and the debonair aluminum unibody might just be worth the fuss of carrying all that extra weight. The HTC Radar is a sturdy and handsome smartphone. Designed to sobriety and good ergonomics, there’s little to frown at when it comes to aesthetics. The saddest parts are the absence of a memory card slot and the inexplicable sealed battery (like the iPhone). The 3.8″ Super LCD screen of theRadar comes with the Windows mobile standard 480X800 WVGA resolution. The contrast and colors are great, but not something to tout about.

So, the users of the HTC 7 Trophy can ogle at the Radar for all they want. It’s basically the same phone, though with more power, more punch, a better camera, a better screen and with a Mango. Anyway, the Radar is not for somebody aiming to upgrade from the Mozart or the Trophy. It’s for newbie WP7 users who are unsure of the Titan and the WP7 platform. The phone is a great buy considering the sheer processing power, the great aluminum unibody and the awesome WP7 Mango. If you must go for the Windows Mobile experience and draw first blood, then the HTC Radar should be your pick.