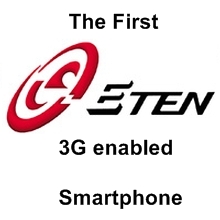 E-TEN has announced in a press release that the company will be launching their first 3G enabled smartphone in late 2007.

According to the same release the device will be launched under the brand name Glofiish.

The device is supposed to run on Windows Mobile 6 Crossbow Professional Operating System.

Other features of the proposed device include:

E-TEN to release their first 3G smartphone was last modified: May 22nd, 2013 by Community Writer | Community.Drprem.com

Sweden, Germany and UK will be the...

The Mimique:An iPhone Killer Or The Future...

The mysterious Nokia phone could be the...

Hmm…I Think It Is Ericsson…Let Me See!