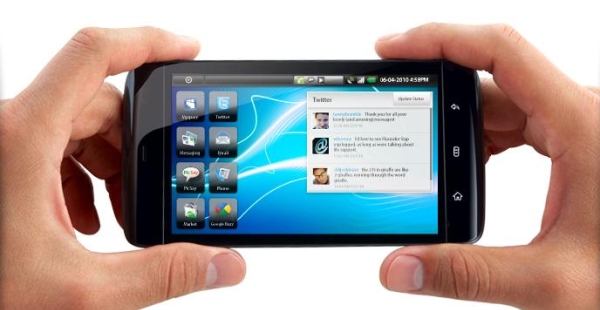 Dell XCD35 is a smartphone which works on Android OS. It has in built GPS capabilities, plenty of storage space and advanced connectivity and text features. It works on an ARM 600 MHz processor. The music player on the phone supports various formats. The phone got into market on Dec 2010 and was priced Rs.16, 990. The phone is made by ZTE but marketed in India with a Dell label. The phone is also known as ZTE Blade. Another model in the same series is XCD28. The phone feels tough and rigid. 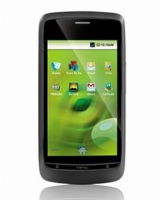 This phone might be a mid ranged smartphone but still the performance is good. The device rarely hangs and as soon as you hit an icon the new screen loads in fractions of a second. The screen has a good size along with a good sensitivity. The resolution as we said earlier is best is the price range. Everything from videos to wallpaper looked crisp. The interface is the same old and there are not many options. The FM radio has only two options: scan and volume. There is no option to save a frequency too. The camera app has been improved as compared to previous versions. The camera has auto focus features but unfortunately, no flash is available on the phone. The 1250 mAh battery provides an average backup and sure there is a scope of improvement here. The headsets provided with the phone have a poor quality.

Dell XCD35 is an Android phone with Android v2.1 Éclair running. Éclair is the OS for XCD28 too. This 3G enabled phone has a 3.5 inch TFT screen. The capacitive touch technology provides a very good control over the screen. The resolution supported by the sxcreen is 480×800, which is quite good. Dell XCD35 has an internal memory of 150 MB and is extensible up to 32 GB, with the help of micro SD cards. The 3.15 MP camera captures beautiful images with snapper via Blade. The various connectivity options include Wi-Fi 802.11 b/g, Bluetooth and 3G HSDPA. For internet it has built in HTML browser.

The casing is made out of plastic and to be honest does not look so good but, it is sturdy. It has a grey coating on the whole body. The phone is lighter than we thought and weighs just 120 grams. The 3.5 inch capacitive touchscreen is capable of playing 256k colors. The display has a brilliant resolution of 480×800, which no other smartphone offers in this price range. Because of the resolution pictures and text appears crisp and clear. Below the screen there are three physical buttons for menu, home and back. The chrome lining gives a little relief to all grey body of the phone. The two way volume switch and the speakers are situated on the right. The 3.5 mm audio jack is available on the top of the phone. It does not have a flash and no secondary camera too.

If we look at the price now, which is around Rs 9,000, this phone is a good buy. It has the best screen in the market segment. For this price you won’t get a better display. The battery is not that great and has a poor backup. There are not many choices in this segment. The other phone you can check out in same price range is Motorola Fire, it has a QWERTY pad and android v2.3

Can I make free International calls from...

The Most Popular Phones For Teens And...