At the CES 2007 show in Las Vegas, the global leader in the cellphone industry, Nokia showcased its two new handsets in the multimedia capable Smartphone series, the N93i and the new N76. This time, Nokia has laid all its emphasis on the make and reduced dimensions. 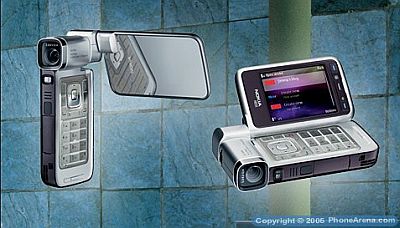 The Nokia N93 was indubitable a fabulous phone except its bulky and pocket-unfriendly size. The upgraded version i.e. N93i rocks all the same specs but the difference is the reduced size that Nokia fans will love to look at. The key specs of the Nokia N93i are:

320×240 pixels resolution QVGA display
3-megapixel camera with 3x optical zoom and autofocus
VGA recording at 30 frames
MP3 player and Radio
50MB internal memory, miniSD slot for memory expansion
USB, Bluetooth, and WiFi
But the sad thing about the new version is that it is still tri-band GSM plus 2100MHz UMTS phone that will not interest the people of United States. 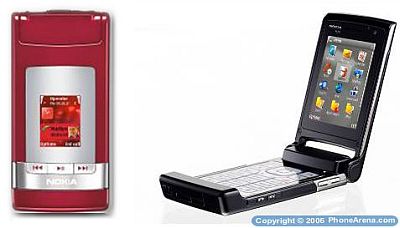 The brand new phone to make an entry in the Nokia N series is the slim N76. For a very long time, Nokia has shied away from thin handsets. So, consumers will be eager to place their hands on the new Nokia N96 that is just 13.7mm thick with a weight of 115 grams. The key specs of the multimedia features Nokia N76 are:

Although, N76 has got some good features but it lacks the autofocus capability with the camera and it doesn’t have WiFi too. But, the real thing to watch this time with Nokia N-series phones will be the reduced dimensions.

Samsung i458: Music with a Bang