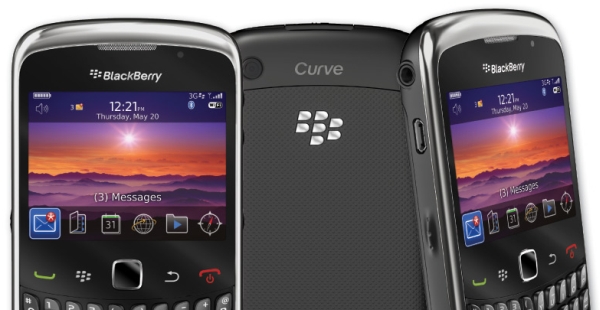 BlackBerry Curve 9300 is one of the successful handsets released earlier by the Canadian based telecommunications company, Research In Motion. To mention, this entry level smartphone was the first device to run on 3G GSM networks in Curve’s lineups. Curve 9300 encompasses improved features over the manufacturer’s early models. The device flaunts a speedy processor and an upgradable operating system. At an affordable price, the handset includes convenient features that everyday users would love to have in their mobile phones. Uncovering the salient features of the handset will give you a better perspective. 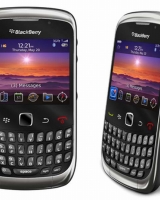 In the presence of sophisticated browsing technologies, surfing internet is literally a child’s play on this device. Its QWERTY keypad offers comfortable typing experience on the prolonged use as well. Touch sensitive track-pad delivers an effortless navigation over the interface, thereby compensates the lack of a touchscreen. Images captured with its primary camera is just convincing, but suffers in the low lit areas due to the absence of a flashlight. With a rated capacity of 1150 mAh, its Li-Ion battery delivers a convincing talk period of about 5 hours on 3G and about 4 hours on 2G. Regarding the standby time, this battery does a good performance with 456 hours and 348 hours on the 2G and 3G modes, respectively.

BlackBerry Curve 9300 features a 2.4 inches TFT LCD screen that could vivaciously display 65K shades of vibrant colors. The presence of a qwerty keypad compliments the handset with an effortless typing experience. Designed to work with BlackBerry’s Operating System version 5.0, the device could be upgraded to the higher version (6.0) as well. To everybody’s convenience, the handset is compatible with both 2G and 3G networks. Curve 9300 possesses 256 MB RAM to offer rapid performances. Being compatible with GPRS, 3G, EDGE and Wi-Fi technologies, the handset delivers a brilliant browsing experience on the move. Quick access to surfing options like email, push mail, Instant Messaging, etc., also exist as prodigious features of this device.

Curve 9300 entitles an A-GPS feature for navigational aids. To add up, inclusion of BlackBerry maps intensify the navigational experience on this phone. On the multimedia side, this mobile packs up less sophisticated features but convinces with their performances. It includes a 2 MP primary camera that could literally capture moments in the rectangular frame of 1600 x 1200 pixels. The lack of auto-focus is compensated by fixed focus and digital zooming options. In addition, the device supports video recording as well. Its dedicated music player and video player will submerge the users with mind-boggling entertainment. Unfortunately, the handset excludes a FM radio and front-facing secondary camera, which is highly disappointing for any smartphone.

Exchanging data packets from Curve 9300 to various devices is appreciably comfortable as the device supports Bluetooth and micro-USB features on the wireless and wired mediums, respectively. Designed with an in-built memory of 256 MB, the handset braces an expandable memory capacity of up to 32 GBs of deliberate space. A standard Lithium-Ion battery powers up this device on the 2G and 3G networks, and delivers a laudable talktime.

Dedicated keys for the music player on the upper face is the highlight of Curve 9300. In addition, the presence of a qwerty keypad with stylish keys add elegance. With a resolution of 320 x 240 pixels, the TFT screen occupies nearly half the space on the front face. A touch sensitive optical track-pad lets users to navigate on the interface at ease. Together, the display screen, qwerty keypad and optical track-pad form the eye catching attributes on the first glance. The micro-USB port is designed on the left face, while the volume rocker could be identified on the right. As conventional, the primary camera could be seen on the rear face. The inlet for the standard 3.5 mm audio jack is meticulously carved above the micro-USB port.

BlackBerry Curve 3G 9300 is an astonishing handset for any entry level smartphone buyers. Dedicated music player keys and the presence of QWERTY keypad accentuate the handset’s design with style and appeal. If sumptuous multimedia options and sophisticated camera facilities are not a big concern for the buyers, Curve 9300 is a beneficial handset for its price.

Is i9 cell phone really worth buying?

Can an unlocked GSM cell phone with...

Which is the best smartphone with word...

5 Reasons why you should sleep with...