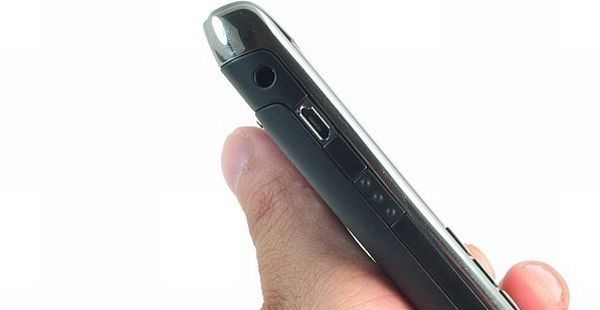 In what can be considered as a move to reinvent itself, RIM released the BlackBerry Bold 9000 almost two years ago on AT&T. That model sort of set the tone for how the future models planned by RIM would be. The upgraded interface and updated industrial design was a success and has become a staple produce for the manufacturer. The Bold 9700 really seems like a bold foray in development over the Bold 9000. It features WiFi with UMA, 3G support, a 3.2 MP camera with a flash, GPS and a price higher than the Bold 9000 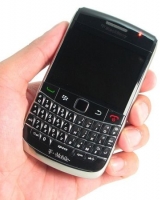 In its performance as a phone and speakerphone, the handset performed excellent. However, at the highest volume settings, there is a slight static noise. In areas of poor network coverage, the UMA calling helps and the call quality is the same as before. The 1500 mAH battery performed exceedingly well and the automatic light sensor on the screen gave a good account of itself. The camera takes good-sized and good quality pictures. Low light conditions can be overcome to an extent with the LED flash. The camera has good auto-focus abilities. The trackpad is sensitive and responsive.

The handset arrives with a rich color screen of 480 x 360 pixels resolution. A comfy four-tier QWERTY keypad along with a responsive trackpad navigation make its usage a pleasure. The 3.15 MP camera arrives with autofocus and an LED flash. A powerful 624 MHz CPU is backed with a 256 MB RAM. The BlackBerry OS has been loaded into it and the handset can hold a micro SD card of 16 GB capacity. There is an audio and video player in the phone which comes with WIFi and a built-in GPS. In short, it has almost the same features as its predecessors.

This is probably the sleekest and most elegantly designed handset from BlackBerry. The best design elements of all the previous models have been incorporated into it. A black body with leathery black back has been excellently accentuated with a polished chrome border. Precise workmanship and high quality of materials used make this phone highly durable. The button layout and keypad in general is spacious and elegant, designed completely based on the BlackBerry Tour 9630. The TFT LCD screen is 2.44 inches and arrives with a light sensor that adjusts brightness according to the external conditions. On the left side are the convenience key, the universal 3.5 mm jack and the microUSB port. The right side houses a rugged volume rocker and the right convenience key. The lock and mute buttons are located on top. A slider opens to the large battery compartment where the microSD port is also present. The phone weighs only 122 grams – a wonderful spec for a smartphone.

The original BlackBerry Bold 9000 definitely set the trend and was a pathfinder for the company. However, the Bold 9700 is not different enough to occupy another niche nor is it innovative on RIM’s stature. It is difficult to see where it fits into the larger picture as far as RIM or the customers are concerned. It definitely does not take RIM devices to the next level over the existing ones. So, if one is looking for an RIM smartphone, the Bold 9700 will be a very good option. However, it does no good as an upgrade for existing RIM smartphone owners – especially at the high price it demands. Another important point is that in today’s world, social networking is the norm more than a niche and a smartphone that does not support it will not be considered highly.

How can I stop htc evo from...

How can I get apps on Google...