Home Off Beat Are you ready for the Sony Ericsson’s ‘Next Big Thing’ event?
Off Beat

Are you ready for the Sony Ericsson’s ‘Next Big Thing’ event? 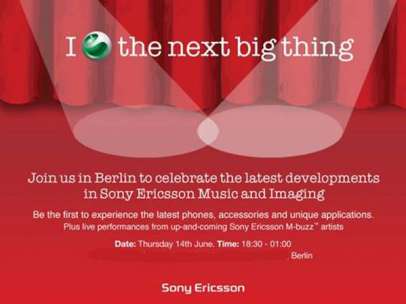 Finally, the rumored date, June 14th, which was said to be scheduled for some big announcements by Sony, has turned out to be true. Sony Ericsson has now issued a formal invitation to “the next big thing” event in Berlin to “celebrate the latest developments in Sony Ericsson Music and Imaging.” The phones expected to make a debut at the event are the HSDPA 850 Sofia with a 5-megapixel camera, Maria/Mooi/W960 featuring 8GB of flash storage, and the HSDPA 850 Shinobu Walkman slider. A couple of days more and we will see what has Sony in its store for the lovers of music and imaging phones.

Are you ready for the Sony Ericsson’s ‘Next Big Thing’ event? was last modified: May 22nd, 2013 by Community Writer | Community.Drprem.com

3 Auto Accident Apps that are sure...

Song A168 multimedia phone from China