Home Off Beat Apple iPhone is coming for sure! Two new patents filed
Off Beat

Apple iPhone is coming for sure! Two new patents filed 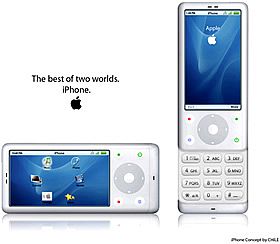 Apple earlier filed a trademark for the iPhone in the ‘Far Eastern’ trademark office. Now, information week is reporting two more Apple patents published by U.S. Patent and Trademark Office that support the fact that Apple iPhone might be coming soon. We are quite sure that Apple is working on a touch screen interface for handy devices. The new “Actuating user interface for media player” patent explains that Apple will replace the iPod scroll wheel and that might probably be a touch screen for its rumored iPhone. The second patent filing for “Universal docking station for hand-held electronic devices” speaks the story itself. While Apple iPod dock supports iPods fully, why will Apple need a Universal dock with speakers. Might be for its iPhone.

Apple iPhone is coming for sure! Two new patents filed was last modified: May 22nd, 2013 by Community Writer | Community.Drprem.com

Custom for a refresh of the Nexus...