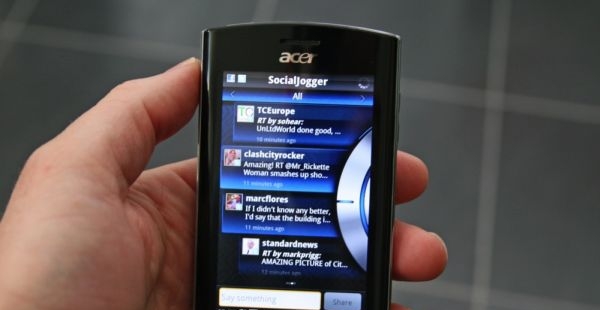 Acer Liquid Metal is a mid-range mobile phone that has got pretty good features to dig in. Though the handset was released two years ago, it still competes well with the contemporary mobile phones. To mention, this handset’s build quality is highly appreciable. Use of superior quality materials along with a chrome finish portrays the manufacturer’s high importance on its design. Packed up with some of the best-in-class features, Acer Liquid Metal has better multimedia options as well. Uncover the story below to explore its excellency on your own. 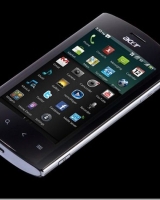 Acer Liquid Metal’s sophisticated primary camera performs brilliantly than expected. With its flashlight, capturing images at low-lit ambiance is highly satisfying for the users. The device delivers a laudable battery performance with its Li-Ion battery that has a rated capacity of 1500 mAh. To be precise, this battery delivers a talk period of up to 11 hours on the 2G mode and up to 8 hours on the 3G networks. Its standby capacity is estimated for up to 450 hours on the 2G mode and about 550 hours on the 3G mode. The handset’s MP3 player lets users to submerge in the ocean of high quality audios. Viewing videos is also quite convincing as long as the right video player is used.

Acer Liquid Metal boosts a 3.6 inches TFT capacitive multi-touch screen that has a resolution of 480 x 800 pixels. With a pixel density of about 259 ppi, this screen could display 16 million shades of vibrant colors. To add, this device utilizes Acer’s 4.0 Breeze user interface. The device has been equipped with 512 MB RAM and single core 800 MHz Scorpion processor which are quite sufficient to load applications and other programs quickly. As the handset is compatible with advanced wireless transfer technologies like GPRS, EDGE and Wi-Fi, browsing internet is very comfortable along with HTML and Adobe flash browsers. To be precise, users can access emails, push mails and MMS facilities at ease. Sophisticated sensors like accelerometer, compass and proximity sensor further enhance the user’s mobile experience and saves unused energy as well.

Acer Liquid Metal has A-GPS support which lets users to explore uncertain roads and terrains effortlessly. The device runs on Android’s Froyo Operating System version 2.2. To mention, the handset has easy-to-use applications to acess Facebook, twitter, Youtube, GTalk, Picasa, etc. For the office goers, inclusion of programs like Word, Excel, PowerPoint, Pdf, etc are added advantages. This device also flaunts an active noise cancellation feature with a dedicated microphone as well. Transfer of data between the handset and other devices through the wired and wireless mediums is literally a child’s play with its microUSB and Bluetooth features.

Moving on to the multimedia, Acer Liquid Metal has been entitled with a 5 megapixel primary camera which could capture moments at the resolution of 2592 x 1944 pixels. Useful features like auto-focus, face detection, Image Stabilization, LED flashlight, smile detection and Geo-tagging delivers a rich imaging experience. This primary camera could record motion images as well in the resolution of 720p and at 30 fps. A standard Lithium-Ion battery powers up this device for a convincing period on both the 2G and 3G networks. Though this device has an inbuilt memory capacity of just 512 MB, it supports external memory of up to 32 GBs of deliberate space through microSD cards.

Acer Liquid Metal’s sleek and appealing design attracts attention on the first glance itself. On the front face, its 3.6 inches touch sensitive screen covers almost the entire area with little space for the touch buttons at the bottom of the screen. To everybody’s surprise, this bulky-looking device weighs just 135 grams which is quite appreciable for a smartphone. As customary, the primary camera could be found on the rear face. A LED flashlight sits adjacent to it, while the loudspeaker could be identified at the bottom quarter. The volume rocker is designed on the handset’s right face. A dedicated shutter button could be identified on the right side as well.

Definitely, Acer Liquid metal has impressed us with its performance and features. However, it’s expensive price tag makes it less competitive among other contemporary smartphones. If price isn’t a major concern for the buyers, users may opt to buy this mobile phone.