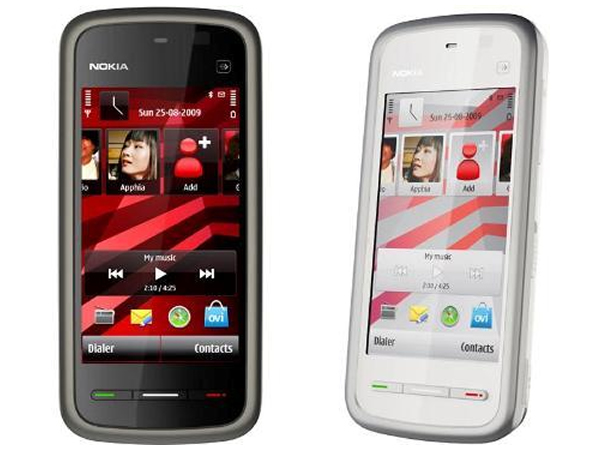 T-Mobile is an international German based holding company for Deutsche Telecom AG which has various other firms outside Germany. These firms provide telecom services in various countries in Europe and other countries like United States, Puerto Rico and the US Virgin Islands. T-Mobile is one of the biggest telecom companies having stakes in various other mobile telecom companies in and outside central Europe.

T-Mobile has a list of phones which are available in the market. From low end phones to high end smartphones you can find cellphones with T-Mobile telecom service according to your needs. The 5 Best upcoming mobile phones from T-Mobile are listed below:

It is being learnt that a new smartphone from HTC is going to be launched with T-Mobile this year in October. The smartphone which is being code named to be HTC Ruby will have a dual-core 1.5GHz Qualcomm snapdragon processor which will be supported with 1GB RAM and powered with highspeed data connection of 42 Mbps provided by T-Mobile. With these specifications it looks more of a high end phone rather than being a low end regular phone which it was rumored to be earlier. According to the market news, HTC Ruby will be marketed as Amaze 4G.

With HTC Ruby making to the T-Mobile in October this year, it is in news that Samsung Hercules will also hit the T-Mobile shelves this October. This will give the users a choice to choose among both the smartphones. Samsung Hercules will consist of a dual core 1.2 GHz Qualcomm Snapdragon APQ8060 processor which is less than its release companion HTC Ruby. The smartphone is rumored to be Samsung Galaxy S II variant.

There is good news for Symbian fans because coming this September, T-Mobile will start to offer the new smartphone from Nokia named Nuron 4G. This release of the Nuron 4G smartphone is seen as a second attempt to make its Nuron smartphone famous which was released back in the year 2009. The Nokia Nuron 4G has a 5 megapixel camera but it doesn’t have the autofocus feature. The smartphone comes with a display of 3.2 inch 360×640 display. It will support high speed data connection with HSPDA. September 21 has been set as a date for its release and it will be priced at $150.

The Last phone that ends the list of five best upcoming phones on T-Mobile is LG Maxx Q. The smartphone is again Android-based as LG Flip II, but it’s different in many terms from its counterpart. The Q in the end of the name usually stands for QWERTY and it is highly anticipated that this phone will have a QWERTY keypad too. There’s another phone which is rumored to be coming out named LG Gelato Q, which is said to have an 800 MHz Sanpdragon processor with a 480×320 display. The phone will run the Gingerbread version of the Android. More information about LG Maxx Q is unavailable as of now but we are sure to provide you with the latest news about it.

So, these were the 5 best upcoming smartphones on T-Mobile which will be available in the market sooner or later this year. Which one will you grab? Post your choice in the comments.

How to use verizon wireless live chat...

Why alarm won’t sound in my BlackBerry...

How to block calls from T-Mobile phone...

How to install TomTom navigation 6 software...

Why market is not updating in T-Mobile...

How to turn off the locking sound...

Why my rumor 2 virgin mobile phone...