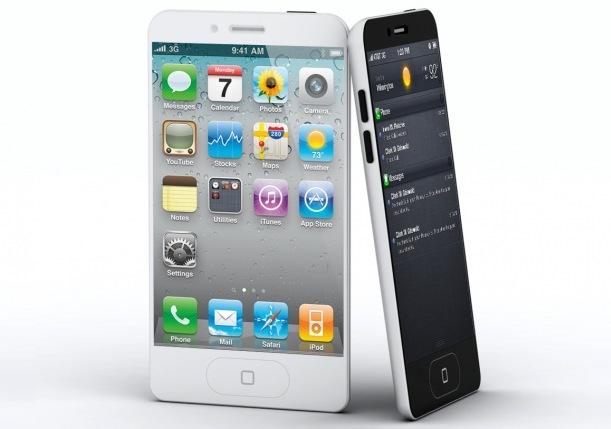 Whether you’re with AT&T, Sprint, T-Mobile, or Verizon Wireless, there’s something exciting on the horizon. The cellphone industry is one of the fastest advancing industries in the world and we all are well aware of the results of this advancement. This enhancement in technology isn’t going to subside anytime soon and we’ve outlined the best phones here that might find place in your pockets in the near future. Go ahead and check it

Most Anticipated phone of the year! Rumors are that iPhone-5 will mark its debut this month. The all new iPhone-5 will be shipped with A5-Dual Core Processor. It will have a large screen, more possibility of having a 3.7 inch screen than the current 3.5 inch screen in iPhone-4. The possibility of having Near Field Communication (NFC) Technology, where in your Smartphone will act as Credit Card or Debit Card

Recently Samsung has gained second spot in the Global Smartphone market due to its rising popularity. The new Phone from Samsung is expected to make its presence in September. It is rumored that the phone will be available through Sprint. Samsung’s Epic will have a whooping 4.3 inch super AMOLED PLUS screen. It is powered by 1200 MHz Dual Core Processor. It will be one of the slimmest phones available in the market with 8.49mm thickness

After the successful launch of the Samsung Galaxy S and Galaxy A, the Korean based company is launching a new smartphone for its native users, Samsung Galaxy K. The device will be available in black and white color and the price of the phone is expected to be around $716. The smartphone will have 3.6 inch AMOLED screen and will be powered by 1GHz processor with 8GB of internal memory.

Google’s third Smartphone Nexus Prime is scheduled to make its launch in October this year. It will be available through the following carriers: Verizon, AT&T, T-Mobile and Sprint. Nexus Prime will run on Google’s latest operating system Android 4.0 (also known as Ice cream Sandwich). It will be the first phone to run on Android 4.0. It has 4.3inch Super AMOLED HD screen powered by Dual Core – 1.5 GHz processor.

The Android-based Yahoo Phone is set to launch in Japan through Softbank carrier. The phone is expected to mark its presence around September. The phone will be manufactured by Sharp and sources reveal that the Yahoo Phone will run on Android 2.3 (Gingerbread). With a whopping 4 inch LCD screen plus an 8-megapixel camera, the phone is devised to work as a Digital Tuner card and E-wallet Card.

Blackberry is coming with a new 4G capable Smartphone Blackberry Touch 9900. T-Mobile will launch this phone on 31st August. The phone will run on Blackberry’s latest software, the version 7.0. It will be powered by 1.2 GHz processor to provide high quality multimedia experience.

Yet another affordable phone announced by Alcatel – The One Touch 355 will be a wallet friendly phone with no 3G or Wi-Fi, although you will have built-in functions to access Facebook and Twitter. You can buy this phone from T-Mobile. The low budget phone is expected to be made available at an estimated cost of about £19.99 only. The best part of the phone is that it has a QWERTY keyboard, so it’s a plus point for text and email savvy people.

This Samsung handset developed for Sprint is expected to make a launch at the end of August this year. It will be available for $100 on contract. Conquer will be a low cost 4G device packed with Android 2.3 (Gingerbread) O.S. It has a 1 GHz processor, 3.5 inch display screen, 3.2MP camera on rear end and 1.3MP cameras on the front side.

New phones from Sony, New Generation Xperia Mini and Mini pro will be launched around September. The two smartphone’s are successors of Sony X10 series. The device will be bundled with Android 2.3 O.S. (Gingerbread) and powered by 1GHz Qualcomm processor. It will have 3 inch capacitive touchscreen, 5MP camera.

The Sidekick 4G is a powerful phone as Samsung has designed it with the best available hardware supported by T-Mobile 4G’s Network. The phone is available for $99.99 on contract. It’s a 4G supported phone packed with Android 2.2 (Foryo) O.S. It has 3.5 inch display screen, 1GHz processor with 3.5MP camera on the back and a VGA camera on front.