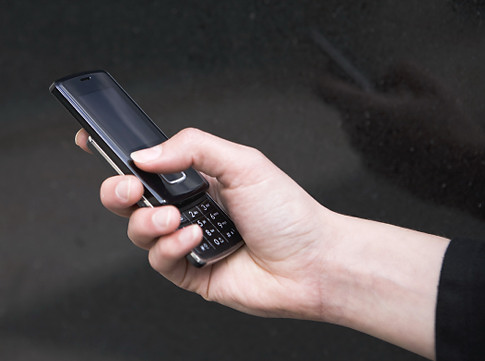 10 Easy to implement tips to handle a cellphone safely

It is not far away in the history, when communication used to be greatly affected by distance but the technology of radio waves brought a radical change. It has given birth to cellphones which provided wireless medium to transmit messages globally. Cell phones have provided flexibility to the lives of both the normal individuals and the professionals.

Nowadays it is difficult to imagine a world without cellphones but studies have shown that its prolonged usage can yield dreadful effects including higher risks of brain tumor.

Let’s have a look at 10 easy tips to handle the cellphone.

1. Keep the cellphone away from the body

Position your cellphone away from the body when not using it. It saves the body from its harmful radiations. Maintaining distance from a person using cellphone and using radiation proof covers for your cellphone is a precautionary measure in this regard.

2. Program your cellphone to limit its usage

Save the mobile numbers, to which you frequently communicate in your cellphones memory. This will limit your cellphones usage. Try to use cellphones service as less as you can as more you use more you are exposed to harmful radiations.

3. Don’t use cellphone while driving

Using cellphone while driving disturbs concentration and is a major cause of accident. Try to avoid dialing or receiving calls during driving. Keeping your mobile in switched off or silent mode can help you in this regard.

4. Don’t use cellphones at petrol pumps, hospital, and chemical labs.

It is advised to switch off your mobile at petrol pumps, hospitals and chemical labs as certain chemicals used at this places can react with the reactive radiations of your cellphone and yield harmful results.

5. Give preference to hands-free

Using hands-free while communicating through cellphones reduces your exposure to its harmful radiations. It also reduces the danger of accidents while driving as your hands are allowed to control the steering and eyes are free to focus on the roads.

Preferring text services over calling can help you in keeping yourself safe from the harmful radiations of the cellphone as texting keeps the cell phone farther away from your body. It also saves your money as text services are cheaper.

7. Don’t use your cellphone when its battery is low

Most of the doctors advice their patients to keep the cellphone away from their body when its battery is low as the radiation level at such times quadruples. It makes the user more vulnerable to the harmful effects of the radiation.

8. Keep the cellphone away from children and pregnant mother

Keeping the cellphone away from children below 12 years and pregnant mothers can protect them from the harmful effects of the electromagnetic radiations of the cellphone as a developing brain is more susceptible to radio waves.

9. Avoid using cellphone when its signal is weak

Don’t use your cellphone when its signal is weaker. For instance, while driving the signals are mostly weaker. In such cases the cellphone tries to connect with a new transmission antenna which compounds the level of radiations and the risk of harmful effects also increases.

10. Choose a cellphone with a lower SAR

Choosing a cellphone with a lower SAR (specific absorption rate) is the most important safety tip as prevention is better than cure. Always prefer branded cellphones as they use quality materials and focus on SAR. It calculates the strength of the magnetic field absorbed by the body. Using a cellphone with lower SAR will guarantee your protection from its harmful effects.

How to use Google Phone Nexus One?

Why the game is not working on...

How can I set the world clock...

Is there any Kyocera cell phones with...

How to go about GPS fix for...