What we know of the Sony Ericsson Arc HD for now 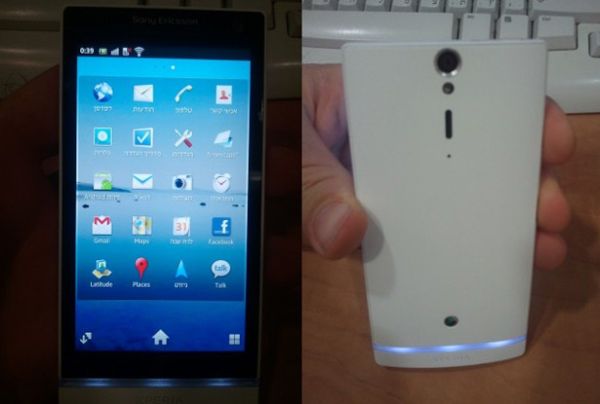 Featuring a blue LED strip running across the back and front of the body, the Sony Ericsson’s Xperia arc HD has finally been unmasked. The HD tag is derived from the Arc’s screen which is going to amaze everyone with its 1280×720 display at 320 DPI and measures 4.3 inches. It comes with the single core 1.4GHz processor and 1GB RAM rendering it the lightning speed. It’s a very significant improvement since the Arc’s 4.2” 480×854 display. And the new feature on the deck to look out for is the ability to take snapshots while recording. As per tradition, this new Arc is about to be unveiled at MWC in Barcelona at end of February 2012.

There has been no official word about it’s price. However it’s release date is to be expected around middle of 2012.

The Sony ericsson Arc HD comes with not only the 1280×720 pixel screen but will also be supporting 1080 full HD video recording. And to top it, the newest feature on the card will be that it would be able to take full resolution still shots while recording videos. So if you are in the middle of recording a crazy moment you won’t regret not being able to capture the best ones out of them and that too without disrupting the recording process.

The hype around is that it will also come with the 1.5 GHz dual core processor which will enhance everything to a blazing fast mode.

All this is hype till now. All these suppositions will be proved right after the launch. It is expected to hit the market around the first months of 2012.

As it hasn’t been released yet, it would be difficult to comment on it’s downside. We hope it doesn’t have many bad points.

Hyped to be featuring the ability of recording 1080p HD video, it will also be able to take snapshots while live recording but these are still under tests. This Sony Ericsson smartphone will also come with a 4 inch display and have 342 ppi density which will compete with Apple iPhone 4 which has lesser density.

The surprising elements that would be added are the Android 4.0 Ice Cream Sandwich operating system and the 28nm chipsets that would be the abode of the dual core 1.5 GHz Qualcomm MSM8660 and Adreno 220 GPU coupled with 1GB LPDDR2 memory. And for the 1080p HD video recording feature it will have a 12 megapixel Exmor R camera. The only downside would be the absence of the front facing camera.

Pen named as Nozomi Sony Ericsson LT26i will be called Xperia Arc HD after the launch. This device would be one of its kind judging from the rumors nd tidbits about its features. Hopefully with the new Android 4.0 Ice cream sandwich operating system and the dual core 1.5 GHz processor it will be worth a buy and it won’t repeat the X10 debacle of running a outdated version of OS.

The phone is being anticipated to feature Galaxy Nexus like power. Some redesigning of this Arc HD will be seen with the interesting LED illuminated menu strip which stretches to the back of the phone and some round edges and a a large black bezel display to top it. But the thing that will bring an edge to the phone is the 1280×720 display of 4.3 inches and the HD video recording feature.

The price and release date is still not quite announced but judging by the rumors and anticipations it’s a device worth the buy with its powering dual core 1.5 GHz chipset.

The Nozomi is set to be released at CES at the start of 2012 or during MWC in February at the latest.

Tips to back up an Android phone without rooting