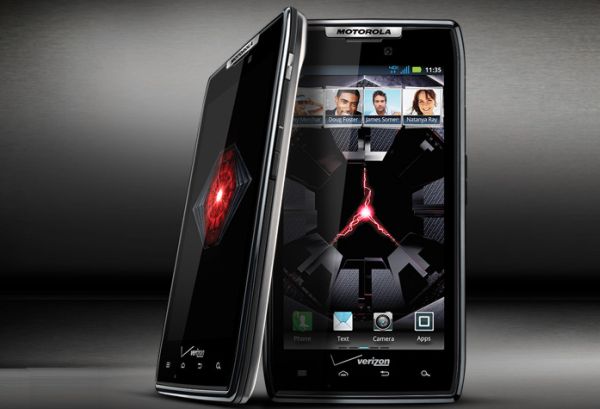 The Droid Razr version is the most anticipated mobile on block because of its 7.1mm waist line, but the question actually is that whether if its performance can keep up with the additional hype it is creating.

Can the combination of a dual-core processor and 4G LTE make such a great lot of difference in the overall performance aspect? Well here we are going to solve out all of these questions for you.

Fixed at a price tag of $299 the phone is competing along the other brands. This handset is available at various leading electronic stores.

This is a beastly thin little phone for Verizon. The package of features like support of 4G LTE and the dual-core processing chip makes it altogether quite a snappy experience. Above that the design speaks for itself.

The first eye engaging feature of this phone is its exceptional thinness. It’s so thin that even the pictures and videos cannot actually portray its ultra fine thin essence. The actuality only comes forth when you hold the device in your hand for that good feel.

The design is great and can be hypnotizing for many. The squared off corners give a distinct appeal. The back panel is really soft and nice to touch. The screen of this device draws viewers. The display is really big standing around 4.3-inches and it’s downright beautiful. If you are a gaming freak or love watching videos over your cellphone then its time you gave this thin piece a thought. The screen has the famous Gorilla Glass technology which protects it from sudden drops and back pocket accidents.

The preloaded apps present in the phone are downright safe and are highly useful. This is the reason why many intend to buy this device based on the apps.

The phone offers audio clarity when attending phone calls. The speakers are nice and loud while the speakerphone is truly active. The displays are decent.

It difficult to justify that the phone costs $299. In length the phone is huge. It’s going to be over the top those little girlish hands. It can be awkward placing it within and out of the pocket. The gadget is very light and this does not mean that its good instead cheap gadgets are sort of light weight. Plastic made gadgets are lightweight and thus are very vulnerable.

The phone runs on the Android version of 2.3.5 Gingerbread. Motorola Droid RAZR also has a slight manufacturer features present over the Android but they are not as annoying as MotoBLUR.

One thing to look out for is the average battery life that a high end phone like this one offers. Since it’s too thin, the phone cannot dissipate the heat it generates. The phone gets hot and this affects the functionality of the phone.

The phone is so light that it may actually appear to be a cheap phone but at $299 it actually isn’t. Overheating is a problem that leads to slowing down of the system. The battery life is another blocking factor which reduces performance output though a phone like this should definitely have a back up.

For many this device can be curiosity generating however there are various factors that add as well as minus its preference rate. If you are among those who wish to make an offbeat statement then the Razr is absolutely perfect. But just be sure about the comprise on battery life and efficiency as a whole.