Home Off Beat Motorola Alexander may use Windows Mobile OS 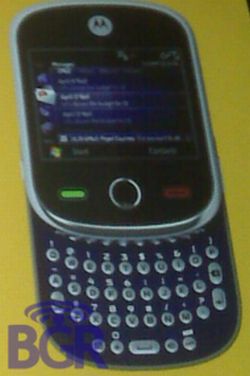 If reports are true, we have some news about the anticipated Motorola Alexander. Motorola Alexander is apparently going to run on a Windows Mobile OS and would come out in Q4 this year. Apparently the phone might have a high-resolution camera between 5 and 8 mega-pixels. However, the quality of photos from a Windows Mobile phone isn’t something that is much admired anywhere. The phone also consists of a GPS and a NVIDIA GPU capable of 3D acceleration, which makes things look brighter. We shall have to wait for some more time till we have any more information.

Motorola Alexander may use Windows Mobile OS was last modified: May 22nd, 2013 by Community Writer | Community.Drprem.com

Slingplayer may be available on the new...

Do you have a Nokia Buddha phone?