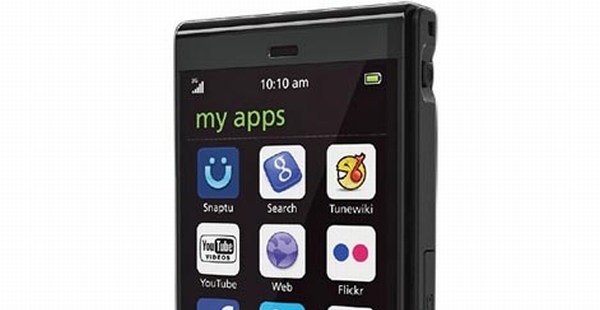 Micromax may be known for its prowess of bringing great technology at affordable prices, but it still cannot overshadow its ability to introduce handsets like the Qube, Ando, Superfone and more recently, the Modu. The Modular phone concept was first propounded by an Israeli company but never really marketed. Micromax finally brings the concept to India. The Modu from Micromax is a queer phone and comes with a motley bag of accessories surprising of which is the inclusion of a sports jacket for the phone. The interface is reminiscent of Windows mobile OS and has some amount of lag. The headphone jack is problematic as it is proprietary and losing the headphones will spell disaster as a spare pair will be very hard to come by. 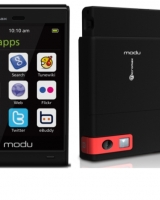 The Modu runs on Qualcomm’s very own proprietary OS called the Brew. The UI can be customized as the user sees fit. The interface looks a lot like Windows Mango with the large fonts and sliding menus. The homescreen of the phone is divided into four triangles and sliding one will open up a submenu. Theoretically the concept is sound and great, but the hardware is not enough to run it smoothly and a noticeable lag is seen. The UI actions and animations are sluggish and the phone hangs often requiring frequent restarts. Music playback was great but video playback was limited only to low res 3GP and MP4, that too on the measly 2.2” screen, it is advisable not to view videos unless you are bored to death. The phone supports JAVA applets so you can install your own apps. The phone supports 3G and HSPDA but fails to utilize them effectively. Snaptu works great on EDGE and 3G and so does the web browser. However, the web browser does stutter a bit when loading HTML pages.

The Micormax Modu is touted as the lightest 3.5G phone in the world. It is an extremely compact phone. The touchscreen is 2.2” and takes up 95% of the front. The handset also features a 5MP auto focus camera, AGPS, 3G HSPDA connectivity at 3.2 Mbps and an awesome proprietary OS. The operating system is basically Qualcomm’s new and under development Brew OS that would have performed better on a higher hardware spec. It offers quick access to most often used features and actions and has shortcuts to various IMs and social networking sites. The other surprisingly refreshing features of the phone are the phone jackets which when connected add more functionality to the handset. The phone has 2GB of internal memory and can be expanded to 32GB via microSD.

The main body of the phone is really small: no larger than an average calculator. It feels great to carry around owing to its light weight and it is quite ergonomic as well. The Modu is a full touchscreen phone without any physical buttons; not even feather touch. The screen however does have a capacitive ‘back’ touch button near the bottom left corner. The screen is a 2.2” TFT with a resolution of 240X320 pixels. The screen is resistive hence requires more pressure than a capacitive thus adding to the problems caused by the lag of the OS. The SIM card and the memory card slots do not have the spring-lock mechanism; hence removal of either is another battle.

The Modu from Micromax is a one of a kind phone that adds a refreshing twist to feel of a phone. The phone is great and unique in the sense for its Brew OS, but the surprising lack of most features is a letdown somewhat. At slightly over Rs. 10000/-, the Modu may not be worth the price but considering that the company is planning to bring out more jackets for the phone is something to look forward to. Already two design concepts of the jackets are out: one which gives a QWERTY keypad for the phone and another that gives it a pair of great speakers. If you are into out-of-the-ordinary stuff then the Modu is for you, as few know of it and even fewer happen to own it.

Smartphones that were introduced at the CES...

droid 2 vs iphone 4..fight for supremacy

Why iPhone universal remote are not working...