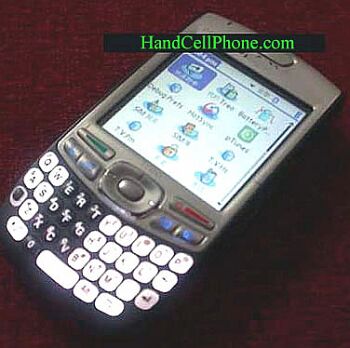 This time, its looks like that Palm wants to focus on the Chinese market firstly instead of the US market. Their latest PDA, the Treo Nitro is most probably going to make its debut in the Chinese stores since the leaked picture of the Treo Nitro reveals a keypad depicting Chinese characters.

As for specifications, we are not familiar until now about all the features of Treo Nitro PDA phone. Yet, the Treo nitro has a support for 3G network and it boasts a 3.0-megapixel digital camera to shoot crisp quality pictures. I will be soon back with further details of Palm’s Treo Nitro PDA phone.