Home Off Beat iTunes for Blackberry makes a guest appearance 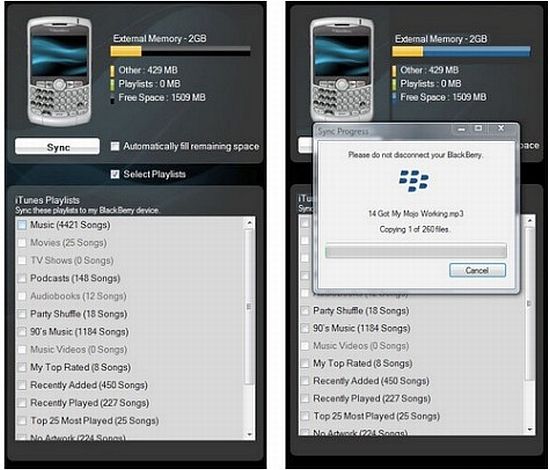 In what can only be described as the most annoying and frustrating tech glitch, BlackBerry MediaSync for iTunes appeared for a fleeting moment on the official RIM servers last night and just when music lovers were getting all excited to sync up their play lists to the app, it disappeared without a trace. The vanishing act, I’m sure, hasn’t left any of the BB owners amused even a single bit especially since the cool software allows everything in your iTunes library, including album artwork and play lists, to be transferred to your Blackberry. RIM haven’t yet announced when the service will make it back to general availability again, so you gotta watch this space for the word on that.

iTunes for Blackberry makes a guest appearance was last modified: May 22nd, 2013 by Community Writer | Community.Drprem.com