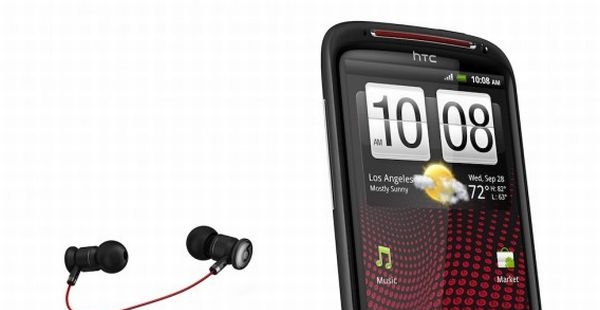 The HTC Sensation XE comes as just another upgrade to HTC’s new and shiny Android lineup. The Sensation XE is a sensational boon for audiophiles. HTC threw in some extra hertz in the CPU making the phone a must buy. Beats Audio is a large part of the contract in this phone. HTC tagged up with Beats by Dr. Dre to enhance the phone’s qualifications to audio purists. The phone has special sound processing under the hood and an awesome Monster iBeats stereo headset that comes in the box. HTC also tweaked with battery and the processor. The dual core CPU clocks at 1.5 GHz. The battery has been spruced up to 1730mAh. The rest of the package is the same but not to the point of being drab. The phone also has a massive 4.3 qHD touchscreen, an 8MP autofocus camera and HD video recording. 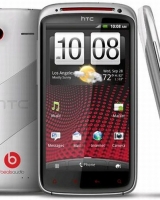 The HTC Sensation XE comes with a 1.5GHz dual-core Snapdragon chipset with Adreno 220 graphics roaring under the plastic cover. Gingerbread flies around and 3D games are a charm to play. The qHD touchscreen does put the XE at a disadvantage as the Adreno GPU has to struggle to dish out 40 percent more pixels per inch than that compared to the competition. The new Snapdragon chipset continues to employ Scorpion cores, which are effective yet quite old. With only 768MB, most of it goes to the kernel. The 1730mAH battery ensures Stand-by Up to 310 h (2G) / Up to 540 h (3G) and Talk time Up to 9 h 16 min (2G) / Up to 7 h 20 min.(3G).

One can write epics on the feature set of this phone. The phone has Quad band GPRS/GSM/EDGE support and Dual band 3G support. HSPDA and HSUPA are claimed at 14.4Mbps and 5.76Mbps each. The touchscreen is a monstrosity at 4.3”. It is a 16M color capacitive qHD touchscreen with a resolution of 540X960 pixels protected by Gorilla glass. XE comes with Android OS 2.3 Gingerbread customized with the latest HTC Sense 3.0. Under the hood, the Sensation XE is powered by a single 1.5 GHz dual Scorpion CPUs, Adreno 220 GPU powered by a Qualcomm Snapdragon MSM8260 chipset. The phone has 4GB internal storage (1GB of which is for user apps). HTC ships a complimentary 16GB microSD with the phone. At 768MB RAM, some people think that HTC could have supplied more. The 8MP autofocus camera takes excellent pictures and has a flash for low light photography. Video recording can be done at either 1080p or 720p at 30fps. The phone comes inbuilt with Beats audio enhancement and a MHL TV-out (requires a MHL-to-HDMI adapter) making it a worthwhile entertainment package.

The HTC Sensation XE looks much better than the ones before it. The color moods, the headset, the trim of the camera lens’ cradle and the backlit capacitive controls scream “Cool!” The original HTC Sensation looks as if it was assembled from different pieces. The XE has a monochrome soft chewy finish. Do not assume the XE to be a compact instrument but revel in the joy that it has been given a good grip. The finish is kind of rubbery and the battery cover is curved making the XE quite ergonomic. The Sensation XE is fitted with a titanic 4.3” Gorilla glass protected qHD SLCD touchscreen. Dark colors are not as deep as AMOLED screens usually churn out, but brightness and contrast display are decent.

As far as one can tell, HTC nailed it. They came up with a 4.3″ qHD-screened dual-core-powered superphone. The Sensation XE with a bigger battery and a faster processor makes it more appealing than the Sensation. Do not mistake this enhancement for a ruse or a simple tweak, HTC is really serious nowadays with its mobile entertainment prowess. Even so, the XE is a phone for both audio purists and for the busy businessman. With a loaded interior and a jazzy exterior, this phone is definitely worth a shot.

How can I unlock slide phones from...

What you need to know about PRADA...