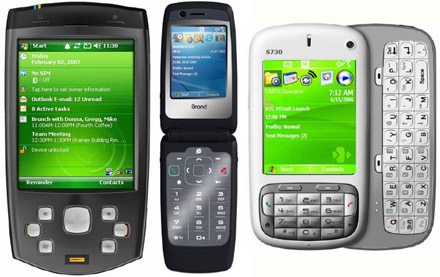 The latest rumor around the corner is that HTC is looking ahead to add some new entrants to its family. The new models include HTC P6500 Sirius, HTC S420 Erato, and HTC S730 Wings.
However, no official information is yet known but the real news brings in some information about the highly anticipated HTC P6500 Sirius.

The HTC P6500 would be powered by 400MHz Samsung processor, the quad-band GSM/GPRS/EDGE support plus 3G, Wi-Fi, and QVGA resolution with 3.5″ 65K TFT.

Running on the Windows Mobile 6 Professional OS, the HTC Sirius is projected to launch in August 2007 and would also be equipped with a 2 megapixel built-in camera and much more.

HTC line-up to include three new models was last modified: May 22nd, 2013 by Community Writer | Community.Drprem.com

Belleperre crafts a phone made out of...

HTC’s Diamond Coming in May