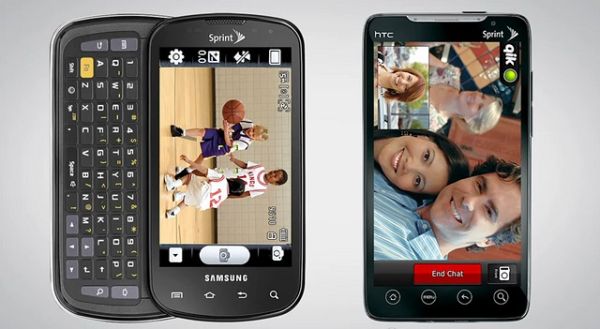 The Smartphone market is probably one of the best place to find great competition these days. Any other field might get one-sided but the Smartphone field is one where there is no room for error.

Now, the 4G technology is introduced and its time for the 4G phones to hit the market. From what it seems, the Samsung Epic 4G and HTC Evo 4G look like the leaders of the field. Both the devices offer large, responsive touchscreens, dual cameras, android OS and other top end features. One major difference is the presence of a side-QWERTY in the Epic while the EVO is out and right a touch device. So, how can you compare these two? Let’s find out.

The design and display

As mentioned already, both the devices offer large touchscreens. The EVO has a 4.3” touchscreen while the Epic has a 4” screen with AMOLED display. Due to the presence of a QWERTY side bar, the Epic is a bit thicker than the EVO but the difference is very less that what you might expect.

The EVO feels much comfortable in your pockets due to its skinny appearance. The EVO 4G looks much better, solid and metallic and the EPIC 4G is somewhat plastic-like in appearance despite the Gorilla touchscreen. This does not mean that the Samsung is cheap in anyway, its just that the EVO is much better looking.

Now, this is where Samsung has come up with a big surprise. Unlike all the previous Galaxies, The EPIC 4G has a neat, physical side bar QWERTY with well spaced keys and nice feel. You can type as if you are using a notebook in this device.

The EVO 4G too is not that bad. It uses the big screen to bring a lively digital keyboard. But the key placement is weird and it makes typing a slow experience. However, the swype software makes typing a bit less tedious.

The Winner – Undoubtedly, the Epic 4G. Samsung deserves this one.

The Samsung uses the TouchWiz interface in the EPIC and this has 4 static icons in the bottom on the screen. These icons can be modified.

The browsing experience is neat in both the devices. Both have double tapping and pinch to zoom features. The EVO however has Flash 10.1 support and the EPIC lacks it. The EVO makes use of its larger touchscreen and TFT support which makes reading easy in it.

The Winner – Very close but the HTC EVO 4G wins the race due to its better browsing capability.

The specifications say that the HTC has a 8MP back camera with a 1.3 MP front camera and the Samsung has a 5 MP back with a VGA front camera. Despite the differences in hardware, the Epic produces better color reproduction than the EVO.

But for a casual user, the differences will be very minor. The EVO however is very fast and responsive than the Epic. The shutter speed and image resolutions were definitely better.

Both the devices were capable of 720p recording but the Epic’s recording was much better. The EVO had compressed videos which were kind of fluffy and shaken. However, the HTC has promised to come up with a software update to correct the recording.

The Winner – Has to be the Epic now. But with an update, the EVO could take over .

Both the devices have the same kind of hardware and both run seamlessly. We are not trying to be diplomatic here but both these devices are going to be on top of the market in the coming year.

They both have their own strengths and so it really depends on the individual. Go, check them at a shop and pick the one which suits you. Both the phones win for me!

How to send AT&T text message from...

What are the latest updates on the...

Is there any unlimited at&t texting plans?