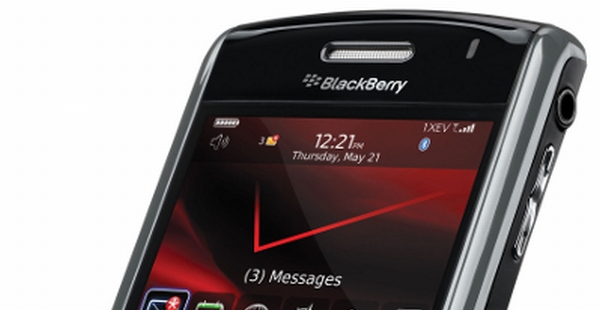 Tour 9630, the entry level Blackberry phone is an amalgamation between Bold and Storm. The QUAD band radio in the phone allows you to use the phone anywhere in world. The phone has a beautiful HVGA display and a 3.2 megapixel camera. Auto focus is a great addition to the camera. The phone has EVDO Rev which is CDMA 3G technology. Blackberry Tour 9630 is the only phone running Blackberry OS 4.7 without a touchscreen. 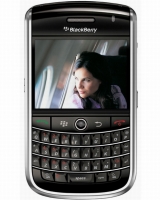 The phone runs on a 1400 mAh standard Li-ion battery. It offers almost similar backup as other Blackberry devices, with a talk time of 5 hours and a standby of 336 hours. The battery life can be enhanced with effective battery management. It has a Bluetooth 2.0 with A2DP for fast transfers via Bluetooth. It uses class 10 GPRS connectivity which has the maximum throughput of 48 kbps. It runs on a 2G network with GSM 850 / 900 / 1800 / 1900 and on 3G with HSDPA 2100. It has a HTML browser for internet but sadly has not Wi-Fi connectivity. The java enabled phone provides apps like document reader and editor, BB maps, multimedia player etc. The Blackberry maps service is great and has a good accuracy. The phone has good music playback but the manufacturer provided headphones have a poor audio quality

It has a good 3.2 megapixel camera with autofocus. The accuracy on the GPS is very good too. Has the great old blackberry QWERTY keypad with expandable memory. The phone allows you to roam anywhere in the world on 3G network. The phone lets you configure 11 emails accounts. The 11th account is the Blackberry client account. The blackberry client is better and faster than the rest.

As stated earlier the Blackberry Tour 9630 takes design inspiration from Bold and Curve. The front might look very alike to Curve. The keyboard feels a lot like Blackberry Bold. The keys are butting against each other with a arched keypad. The phone is a little larger than Curve but to be realistic the phone is bulky. The keypad is still great and probably one of the best by RIM. It is soft to press keys on it and a person with fat fingers can also manage to use it. The trackball is an effective mechanism for navigation, has good sensitivity and is not tiring. The display used is same as Curve 8900 and looks brilliant. The screen looks bright, has a good viewing angle and can be viewed easily in the sun.

Even though the phone lacks Wi-Fi, still it has a lot to offer. The phone gives businessmen power to roam anywhere in the world, with their phone working on all networks. The phone is not a high end phone but still offers great functionality. The keypad is a delight to use and the build quality is awesome. The HTML browser is a good web browser and you would find surfing very easy. You can access the Blackberry app market to get access to other useful apps. With good multimedia capabilities, this phone is a good purchase for all.

The 6 best rugged cellphones to take...

How To Clone A Cell Phone?