Home Off Beat Are you ready for the ‘Google’ phone?
Off Beat 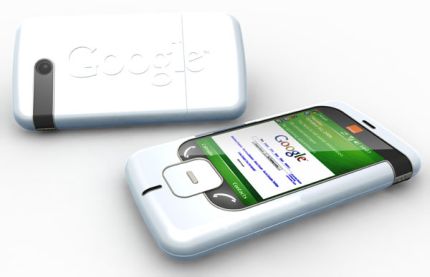 Google’s phone seems to be one of the most awaited phones of this decade. Valleywag knows this for sure that Google would not develop the hardware for their baby – the Google phone! We are quite sure of this fact that their software, such as the ‘Mobile Google’ operating system for the same, would definitely show compatibility throughout.

After spending some hefty amounts on their phone, the report has it that Google is eyeing upon American and European cellphone operators. Anian, quoted that the researchers at Google have incorporated a Taiwanese High Tech Computer that would in fact help them develop their most awaited Linux based phone.

The report also acknowledged that Google would join hands with T-Mobile, their US partner, and France Telecom’s Orange, for shelling out their sets. Google seems destined to sign up a deal with U.S. wireless services, AT&T Inc and Verizon Wireless for carrying out the sales part.

Mark Siegel, from AT&T threw some light on this issue –

We talk to a lot of different companies and we’re not going to comment on our discussions with any of them.

To this Google commented that –

We are partnering with carriers, manufacturers, and content providers around the world.

Sprint Nextel Corp. has plans to uphold a new wireless network that would very well support this web search feature. ‘Google’ is also consulting some industry giants like LG to make their prototype a breakthrough.

Yankee Group has taken up some serious steps to measure the industry revenue changes that would show a turnover from $US275 million to $US2.2 billion in 2010.

Are you ready for the ‘Google’ phone? was last modified: May 22nd, 2013 by Community Writer | Community.Drprem.com

SonyEricsson P990i gets the Ubuntu